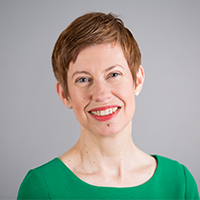 With an estimated 21 million people currently paying into a pension, either through their workplace or privately, that translates to approximately 3.14 million (15%) currently investing responsibly. However, an additional six million could make the change to responsible investing once they understand what it could involve.

Investing pensions responsibly has the potential to make a significant difference to climate change. For example, the Royal London Sustainable Leaders fund, which invests in companies that are either leaders on the basis of their environmental, social and governance approach, or provide a net benefit to society, has a carbon footprint that’s 28% lower than the FTSE All-Share Index.

While only a minority of people are currently investing their pensions responsibly, many people are  taking other actions that they believe can help reduce climate change.  Almost six in ten (58%) say they turn their heating thermostat down by one degree or switch off lights that are not needed, with a further 36% saying they would be willing to do this. And although four out of ten (42%) currently cut down on single use plastic, over half (51%) would be willing to do this.

“While it’s really encouraging that people are willing to change their habits to help tackle climate change, we’ve got a long way to go to get people to think about checking where their pension is invested  in the same way they look at the amount of plastic  packaging on fruit and vegetables.. Our research shows that one of the blockers is that people simply don’t know what responsible investment involves or where to start - and that’s a challenge we have to address.

“Our standard of living is shaped by our finances and the environment we live in. Having a large pension fund isn’t going to guarantee a great retirement if your home is at increased risk of flooding, or the air quality in your neighbourhood is poor, because of the effects of climate change.”