Millions unaware of the power of their pension 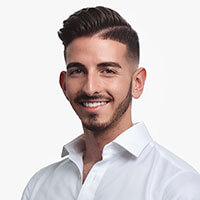 What does investing responsibly mean?

The power of pensions

With over half (57%) of 18-24-year-olds wanting their pension investments to harness a more sustainable planet, compared to just over a quarter (29%) of 65-year-olds and over, it’s clear there is still more that can be done to build a better understanding of inter-generational financial resilience for the future.

Pension holders were also asked what criteria they would like a responsibly invested pension to consider, with climate change and protecting the environment (42%) being highly rated. Social factors such as health and safety (29%) and use of plastic (28%) followed closely behind.

Sarah Pennells, Consumer Finance Specialist at Royal London, said: “It’s encouraging to see that so many people consider themselves to be climate conscious and our research shows that the nation is taking steps forward to improve the health of the planet. But we all need to look at our finances and their collective power to do well and do good. From helping reduce emissions to promoting diversity, pensions can be invested to support individuals in retirement whilst helping us all move towards a more sustainable world.”

Finding out how to invest more responsibly

Royal London’s Invested Generation campaign recently launched a Facebook community which provides a range of support and resources for UK pension holders as to how they can best invest responsibly. In addition, more information is also available on the Royal London website.