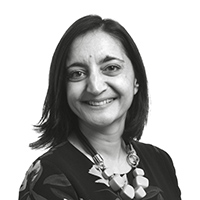 A vote was put to Police Mutual’s member representatives – Force Authorised Officers (FAOs) – asking them to approve the transaction. The FAOs represent Police Mutual members in all police forces across the country.

The vote, which closed today, was unanimously in favour of the proposal.  Police Mutual will now formally apply to the Prudential Regulation Authority (PRA) to transfer to Royal London.

“Royal London and Police Mutual have complementary values and culture. Both are mutual and are committed to delivering the best value for their customers and members.  Police Mutual plays a vital role in providing financial services and products to police officers and the armed forces. We are pleased to be able to provide the company with a secure future.”

“Becoming part of Royal London will provide a more sustainable future for Police Mutual; we need a stronger financial position to continue to operate our business – Royal London provides that financial strength.

“It will also make Police Mutual part of a larger business that has a broader business mix, and which offers a wider range of products.”

“Having worked closely with my colleagues on the Police Mutual Committee of Management (CoM) on this proposal for Police Mutual to become part of Royal London, I am very pleased that our Force Authorised Officers have supported the CoM and Managing Board’s recommendation to ensure the continued provision of financial services that are tailored to the particular needs of our affinities. Not only will Police Mutual be part of a stronger business that has a broader business mix and offers a wider range of products, Royal London’s ethos and values are remarkably similar to our own – they are absolutely the right fit.”

“I am delighted that Royal London has developed offerings that will meet the needs of police officers.  Society places great demands on the police and we are all reliant on the services that they provide to the nation.  We are delighted to be able to play our part in the welfare of the families of current and former officers and staff.”