Government receives one complaint every hour about tax-free childcare 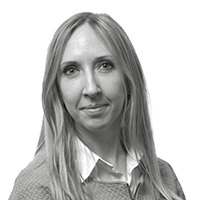 Disgruntled parents have made one complaint every hour about the Government Childcare Service since Tax-Free Childcare became the main support scheme for childcare costs last year.

HMRC today released new figures showing the uptake of Tax-Free Childcare (TFC) has risen compared to last quarter but remains disappointingly low compared to forecasts, at 125,000 families in March 2019. This is 37 per cent higher than the 91,000 accounts in use in December 2018 and three times the number of families in March last year, but remains low compared to the Government’s forecasts, at less than one in ten (8 per cent) of those who qualify for the scheme. The Government estimates about 1.5 million families are eligible for help with TFC[1].

Meanwhile a Freedom of Information Request by Royal London, the mutual insurer, shows the Treasury received 1,830 complaints about the Childcare Service from parents between November 1 2018 and the end of March this year – equivalent to one every daytime hour since the scheme was fully rolled out and childcare vouchers – previously the main form of support – were closed to new applicants.

Childcare costs have continued to rise year-on-year, increasing by 4 per cent between 2018 and 2019 and now come to around £1,000 a month for a full-time nursery place for a two-year old, according to the Family and Childcare Trust.

TFC offers parents who earn the equivalent of the minimum wage and less than £100,000 a year 20 per cent towards the cost of childcare to a total of £2,000 a year per child until the child is 12 years old (or 16 if the child is disabled). The average amount of top-up claimed in March was £114 for the month, with the bulk of accounts being used for one and two-year olds, who incur the highest childcare costs and whose parents may not have had the option of using vouchers.

Becky O’Connor, personal finance specialist at Royal London, said: “With the cost of full-time childcare for a two-year old exceeding the average monthly mortgage repayments in the UK, busy working parents need all the help they can get. The latest figures show not enough are getting that help and when they do, they encounter problems.

“Tax-Free Childcare, while less generous for many families than the previous childcare vouchers system, offers some help towards these costs. But the system is admin-heavy and time consuming. The fact that parents with little time on their hands are making the time to complain speaks volumes.

The Treasury said complaints included those relating to 30 hours funding for childcare for three and four-year olds, which uses the same government-run Childcare Service system.

TFC became the only option available for new parents on October 4 2018. After this date, childcare vouchers, previously the main form of support for childcare costs, were closed to new applicants. Parents already in receipt of vouchers can still use them until their child reaches the maximum age of 15 but will lose them if they don’t order any within 12 months or if they change employer.

Those who choose to switch from vouchers to TFC cannot return to the voucher scheme.

Royal London is urging parents who are still in receipt of vouchers, particularly those with school-age children, to calculate which scheme is best for their needs over the long-term.

Parents who decide to keep vouchers must order them at least once every 12 months to remain eligible.

TFC tends to work out as better value than vouchers for those with higher than average childcare costs and/ or more than two children, the self-employed and families with a disabled child.

Ms O’Connor said: “Tax-Free Childcare can appear more generous than childcare vouchers for those with pre-school childcare costs, as these are the most expensive years.

However, once children reach school age and childcare is generally taken before and after school and in holiday time, parents use fewer hours of care and so it may be that childcare vouchers offer better value at this stage.

Which is best depends on many factors besides the age of your children, including whether you are basic or higher-rate taxpayers, how many children you have and whether you are self-employed. It’s hard to compare, but if you do have the choice, it is worth checking.”