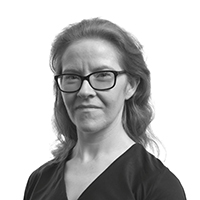 New research by mutual insurer Royal London has found large numbers of women across the age spectrum would be at risk of ‘financial meltdown’ in the event of a relationship breakdown because of their lack of individual pension rights or even financial plans.

Significant numbers of younger women said that they had no long-term financial plans of their own.  But perhaps more surprisingly, older women were also relying heavily on the pension rights of a spouse or partner.

According to a YouGov survey specially commissioned for Royal London  approximately 45% of women living with a partner said they were either not confident or did not know if their long term financial plans would be adequate if their current relationship failed. Just 34% of men felt the same way.

While initiatives such as auto-enrolment have boosted the number of women saving into a pension, the data shows little evidence that women are increasingly taking responsibility for their long term planning. Only 38% of women living with a partner aged between the ages of 18 and 34 said they were either very or reasonably confident in their long term planning compared to 58% of men living with a partner in the same age group. Worryingly, 30% of these women aged between 18 and 34 said they haven’t made any long term plans. This compares to just 12% of men.

This lack of confidence was evident even at older age groups with just 56% of women aged 55 and over, living with a partner saying they were either very confident or reasonably confident that their plans would be adequate, if their current relationship failed. This compares to 68% of men in the same category.

“These findings are extremely worrying and show that we still have a long way to go to ensure women are building resilient retirement plans. While it can be tempting to rely on the pension provision of a partner, particularly if it is generous, women risk financial meltdown should the relationship fail and they could find themselves in severe financial difficulty. We need to build on the success of auto-enrolment and encourage women to start saving early and build up their contributions so they can build a strong financial foundation for themselves.”

All figures, unless otherwise stated, are from YouGov Plc.  Total sample size was 1,323 adults who live with a partner. Fieldwork was undertaken between 5th - 6th March 2019.  The survey was carried out online. The figures have been weighted and are representative of all GB adults (aged 18+).

Royal London is the largest mutual life, pensions and investment company in the UK, with funds under management of £130 billion, 8.8 million policies in force and 4,046 employees. Figures quoted are as at June 2019.

At Royal London, we’re proud to champion the value of impartial advice. We believe it plays a crucial role in connecting people with the products that are right for them – and is key to delivering better outcomes and experiences for our customers. At the same time, it helps to build trust in our products and services.

Royal London works alongside advisers not in competition with them. That’s why we’ve made some key commitments to the intermediary market. You’ll find more detail on our commitment to advisers at http://adviser.royallondon.com/campaigns/our-commitments/